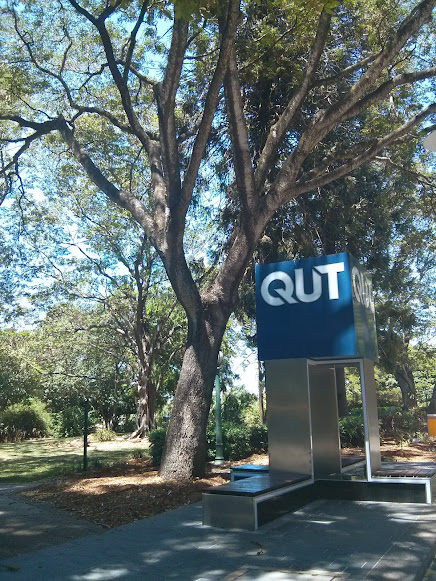 It’s taken a while to get settled in (such as being an Internet studies researcher without home Internet, yargh!) but I think I’ve finally got my bearings here in Australia so it’s time for a blog post. Just to bring you up to speed, I’m doing a PhD in Media and Communications with the Social Media Research Group here at the Queensland University of Technology. It’s an expansion of my MSc research in which I’ll be looking at how LGBTQ people use a mix of social media (not just Facebook) to express themselves and how their social media use features during major life transitions (e.g. starting a new job, etc). More on that as it develops over the next 3 years, but today let’s talk about new developments in the Facebook-o-sphere…

I’m a little late on this so you’ve probably already heard about how Facebook expanded options for listing gender on your profile.  Clearly, this is a step forward. That being said, forward was about the only direction Facebook could go with its originally binary gender options of ‘male’ or ‘female’. Now we’ve got a list of 51 gender identities developed in collaboration with LGBT organizations (though FB doesn’t seem to state which ones). Since this change, there has been some discussion of whether this was the right way to go about increasing users’ freedom to self-present on Facebook. These arguments line up with certain paradigms in gender and sexuality studies that I’ve been reviewing so let’s have a look at them through that lens:

A) Identity cannot be defined by labels

This article mentions the complications of Facebook producing a prescribed list of gender identities, which leads to the suggestion that perhaps Facebook should have done away with gender as a category altogether. This is definitely a very postmodern/poststructuralist viewpoint in that it questions whether identity can be defined by gender labels, no matter how many are available. Queer theorists such as Judith Butler focused on how we should dismantle concepts such as ‘gender’ to reveal them as being entirely socially constructed. In fact, postmodernists like Butler and Foucault spent a lot of time stressing that there is no such thing as ‘identity’ in the sense of a person having an inner essence or core. Instead, identity is fluid, unstable, and shaped by power structures. Butler, in particular, argues that the best way to counter these power structures is to mess with existing social constructs by revealing them to be unstable, such as the way that dressing in drag makes it obvious that gender is simply a performance.

How does this apply to Facebook’s reconfiguration of the gender profile field? For starters, the field doesn’t allow users to type their own gender if they don’t identify with one of the 51 options. And even if 51 sounds like a lot to choose from, concepts of identity are always changing over time, so if Facebook doesn’t continue to update this list it will likely be out of date in the near future. This set-up also doesn’t allow for multiple or nuanced understandings of gender identity (e.g. ‘cisgendered-gender questioning’ just to splice a couple of Facebook’s options). The new gender options are currently only available in English, which also illustrates how challenging it will be for Facebook to offer a similar listing in other languages where cultural understandings of gender affect the very words that are used to describe it (e.g. people who identify as Fa’afafine are common in Samoa but not in other countries).

Having the ability to write your own gender identity on your profile could also open up new possibilities for identity construction, expression, and challenging the concept of gender. In my MSc research I came across many participants who would use humour to hint at aspects of their identity that they weren’t quite ready to reveal to everyone. They would mess with the intended function of a feature, such as by ‘marrying’ their best friend in the relationship section, so that they could either side-step having to post their real, non-normative relationship or prepare people for their coming out by paving the way with something that’s a ‘little bizarre’. People have remarked to me that having prescribed gender options is a good way of preventing users from putting totally absurd things, like identifying as a tree or a pancake. However, that sort of behaviour is exactly what could turn the gender category into a joke – effectively messing with the whole concept of gender identity in a way similar to Butler’s illustrations of resistance discussed above.

B) Labels can be useful ways of constructing identity

I realize that the exact opposite of postmodernism would be to present an essentialist viewpoint that says identity is a stable, concrete essence of a person and that is why individuals should be able to articulate their inner identity with these gender labels. However, I don’t buy that and I’ve done a lot of work developing an ontological standpoint somewhere along the continuum between social constructionism and postmodern paradigms. Both of these believe that identity is not inherent, so those are the perspectives I’ll speak from today. If you still want to argue for a more biological determinist reasoning, we can grab a drink and duke it out another day.

In contrast to postmodernism, social constructionists believe that concepts of gender and identity are still (of course) socially constructed. However, they believe that identity categories can become stable over time (such as the way many people identify as one gender throughout their life) and that stability comes from identity being situated within specific social and historical contexts. Right now, these 51 gender identities might be more than sufficient to recognize that gender is not a binary and it might be the best way to raise awareness given that current views toward non-mainstream identities are still shaped by social institutions that look at gender very traditionally (e.g. even though capitalism is often agile at meeting consumer needs, there are a lack of buying options for more queer gender expressions). In fact, throwing away identity altogether is often only a luxury available to people who can afford to ‘other’ themselves (e.g. those who don’t have to hold down a job that requires conforming to gender standards, such as waitressing). Also, often when people try to shirk identity labels, that very act becomes their identity – this is frequently what happens to ‘queer’ as a label that was supposed to be ‘outside of labels’ but often succeeds in conjuring stereotypes of some sort.

All that to say, sometimes labels can be useful. In my MSc research, many participants talked about how indicating their sexual orientation on their profile (using the ‘interested in’ field or the relationship status field) was a good way to include this information without being ‘in your face’ about it. Having it out there meant that people could assume this information was in the background of future interactions, which allowed them to skip over often-awkward coming out conversations. It also shaped expectations for future interactions, meaning that relatives or acquaintances who were their Facebook friends could no longer get away with passive-aggressive homophobic remarks and would have to act differently now knowing they could be insulting someone directly.

I fear that if we do away with the list of gender options, people won’t put anything other than the binary ‘male’ or ‘female’ choices. This would make it a bigger deal when someone lists something outside of the ‘mainstream’ and would preclude the option of coming out subtly as having a different gender identity. Don’t get me wrong, I’m not saying people should have to be subtle when coming out, I’m just saying that having to make a big expression in order to come out can sometimes make it a larger challenge and more daunting. In this way, it certainly seems like these new gender options are one step closer to normalizing non-mainstream identities. Although that’s the opposite of how postmodernists would fight power structures, it might be the best option currently available to someone who needs the support of family and friends within a social context that can still be quite hostile to diverse identities.

Despite this discussion of different possibilities for online gender expressions, the reality is that Facebook has chosen to provide a prescribed list of 51 new gender options. I’ll be eager to see what sorts of outcomes this has for people with diverse gender identities. Since technology users are often creative in their use of adoption of new features, it will be interesting to see if ways can be found to use these new options for positive outcomes in spite of the constraints noted above.

Disclaimer: Postmodernism and social constructionism do exist on a continuum and so contrasting them in this way is probably a more extreme illustration than their actual application in a lot of studies. I’m accentuating their differences here just to make my points a bit more stark.

Concepts and understandings of these paradigms are based on my interpretation of: